Over the years our team of English speaking Spanish Abogados and British qualified solicitors have been asked many questions.

Below are a few questions with answers from questions we get asked on a regular basis. If you have a specific question related to a legal issue in Spain then why not contact us for an initial 30 minute FREE consultation.

WHAT ARE THE KEY DOCUMENTS RELATED TO SPANISH URBAN PLANNING? 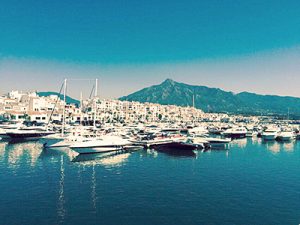 DO I NEED A SPANISH WILL?

If Spanish Intestacy Laws apply the beneficiaries may not inherit the assets as you would have wished, therefore a Spanish will is highly advisable.

In some cases the Intestacy Rules can have profound implication for example if you are neither married nor in a civil partnership but you own a property in Spain with your partner and you die intestate, your partner could have difficulty in establishing their rights. . Your share in any Spanish property will be inherited by whoever is entitled to it according to the applicable Intestacy Laws and your partner may end up sharing the property with that person without being in the position to sell it unless an agreement with the co-owner is reached.

The benefits of making a Spanish will are:

CAN I HAVE MY PURCHASE CONTRACT REGISTERED AT THE LAND REGISTRY?

The Sale-Purchase private contract cannot be registered even if it is perfectly valid because the Land Registry Regulation requires that certain transactions must be notarised in order to have access to the Registry. Registration is not compulsory but if registered the owner of the property protects their rights any third party who may claim other non registered rights on the property.

Therefore it is advisable to sign a public sale-purchase deed before a notary which can be duly registered. Nevertheless it must be clarified that the private Sale-Purchase contract is perfectly valid if it complies with Spanish Law, so the presence and involvement of a notary is not a validity requirement but a registration requirement.

BANK REPOSSESSION PROCEEDINGS. WHAT IS THE PROCEDURE UNDER SPANISH TO HAVE THE PROPERTY SOLD WHEN THE MORTGAGE CANNOT BE PAID?

When judicial proceedings are issued to enforce a mortgage for failure to make regular payments there are basically three options that can be agreed by a judge (as per Spanish Ley de Enjuiciamiento Civil art. 691 ss):

If you are falling into arrears it is advisable to speak to your bank to discuss available options. We can assist you in your negotiations with the lender.

IBI: WHAT IS CHARGED AND HOW IS IT CALCULATED? 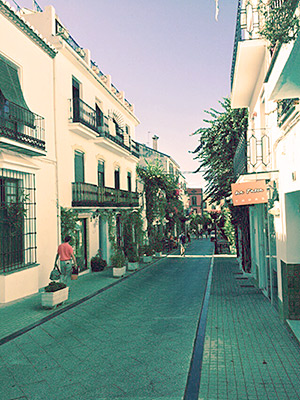 In essence the local tax known as IBI which stands for “Impuesto sobre Bienes Inmuebles” charges the right of ownership/usufruct/surface/administrative concession on urban or rustic real estate, being calculated and collected annually by the local authority in charge of the municipality where the property is located.

By applying certain rates on the cadastral value the tax payable is obtained. There are maximum and minimum rates which can be increased by each Town Hall under certain requirements. There are certain benefits which may reduce the payable tax if legal requirements are met in certain cases (i.e. official protection property)

IBI: WHAT HAPPENS IF IT IS NOT PAID?

If the IBI receipt is not paid within the legal term stated in the receipt issued by the local authority there will be a surcharge and under certain circumstances the local authorities can initiate legal proceedings to recover payment which could even lead to embargo (charges) procedures.If there are outstanding bills for IBI and a property is sold, the IBI debts will be passed on to the new owner who will assume the debt.

IF A PROPERTY IS RENTED: WHO SHOULD PAY THE IBI? THE LANDLORD OR TENANT?

The tax liability is for the owner so the tax receipt will be issued in the landlord’s name.What happens if I stop paying my Spanish mortgage loan? Is the Spanish bank entitled to claim against my assets in the UK?

The bank can initiate a legal proceeding in Spain by taking legal action if the monthly mortgage charges are not paid. Each bank has its own criteria but usually if there are three consecutive outstanding bills the bank will initiate the proceeding which could lead to an embargo on the property . However the bank can offer alternative solutions to avoid the said proceeding by renegotiating the mortgage loan terms.

If the bank initiates legal proceedings in Spain, the Court will decide whether or not to authorise an embargo on the Spanish property and a a sale at public auction if the debt remains unpaid.

As the Spanish property guarantees the loan, the claim will be against it. But if the sale of the property does not cover the outstanding mortgage loan, the bank can claim against other assets owned by the debtor either in Spain or abroad. Therefore the handing over the keys to the Spanish property to the bank is not accepted as a solution to satisfy the outstanding debt. The debtor’s liability affects any assets worldwide. So if there is a property in the UK in your name it is possible that the Spanish bank can make a claim against it.

COMMUNITY OF OWNERS IN SPAIN: WHAT YOU SHOULD KNOW!

If you own a holiday home at a complex in Spain you must be aware of the applicable legal system and your Community of Owners´ internal rulings as described in the Community Statutes which will definitely affect your property and your rights or duties as an owner.Do not ignore the Community of Owners General Assembly Meetings as if you do you may miss the opportunity to vote on important decisions such as annual budget approval or maintenance costs which at the end of day will affect your pocket.

At the General Meetings all the owners of the complex are invited to attend although those owners who are not up to date in the payment of the Community fees are only allowed to attend but they will in general terms be excluded from their right to vote.

It is essential to ascertain that the Meetings are valid in accordance with the Law and the Community Statutes as the agreements agreed at a Meeting which has not complied with the said requirements may not be valid.

The Meetings should observe the following requirements:

All owners may attend the Meeting, in person or through a representative, and those who are up to date in the payment of the Community fees will decide and vote. Exceptionally debtors will be entitled to vote if they have either disputed their debts judicially or deposited the funds with a Judge or Notary or if there are certain rules re quorum.

In what regards the quorum requirement, if a majority of owners representing the participation shares (quotas) are not present at the time of the first calling of the meeting, the meeting shall be called again on second call without the need for a quorum.

Requirements for voting of resolutions will vary depending on the kind of agreement or decision to be taken.

Owners who do not attend general meetings that require unanimity or a qualified majority will be considered to be in favour of a resolution if they do not declare their disagreement by any reliable means during the period of 30 calendar days from the meeting.

The Minutes of the meetings will be drawn up by the Secretary and filed in the Book of Minutes (which must be recorded by the local Land Property Registrar) and signed by the President. A copy of the Minutes must be sent to each Owner.

The Secretary must keep all the documentation (notices, communications, authorisations and other documents) for five years.

The resolutions/decisions of the General Assembly (Meetings) can be challenged in the Courts under certain circumstances i.e. They are contrary to the Law or to the Statutes (i.e. the General Assembly notice is not observed or the Minutes do not reflect what really happened in the meeting)

The resolution/decision must be challenged within the period of time legally stated (one year or three months depending on the case) which begins to run from the notification to the Owners in the terms set out (individually or by notice board).

The resolutions can be challenged by the President who represents the Community or by any owner who considers that it is convenient as long as he is up to date with Community fees (although there are some exceptions to this general rule).

The agreements contained in such challenged resolutions will be:

It is important to highlight that challenging the agreements will not stop them from being executed unless the Court of Justice states so as a provisional measure.

IS THERE A POSSIBILITY TO REGULARISE A PROPERTY WHICH HAS BEEN ILEGALLY BUILT IN ANDALUCIA?

A new Regulation has been passed by the Andalusian government with the aim to provide a legal framework to regularise, if possible, register illegal properties built on non-urbanisable land.It refers not only to individual housing but also to complexes and urbanisations on rural areas and it covers a wide range of irregular situations.

In respect of individual housing it distinguishes legal or potentially legal properties from illegal properties, including those which cannot be challenged by local authorities as the term within which they can be challenged has expired. Different scenarios are considered such as houses built without building permission but observing Planning requirements or those which do not even comply with Planning regulations.

It will be necessary to look at each specific case and the available route for legalisation will vary depending on current circumstances, subject to the local authorities control, so this cannot be considered as a general and indiscriminatory regularisation tool.

The fact that the Andalusian government facilitates the regularisation of these properties is good news not only for current owners who are willing to sell an irregular property or who find themselves in serious difficulties when trying to connect electricity, but also to potential buyers who are looking for a mortgage loan which would never be granted by a bank unless Planning regulations are observed.

Everything was concluded to our high satisfaction – both winning the case and in the very short timescales it took to get a resolution.