Manilva and Casares Townhalls organised an event on 6th February in association with the British Embassy in Madrid to update the British population about the state of Brexit negotiations.

Nearly 18 million British people visited Spain in 2018 and more than 1 million have homes in Spain or spend considerable time here. Bookings for holidays to Spain by British people between April and October 2019 are up by 35% compared to last year. The Spanish Government recognises the value of British investment in Spain and the spending power of its visitors.

Spain and the UK have signed the first Bilateral Treaty ensuring that British people will be able to vote in Spanish local elections. This is a sign that both Spain and the UK are working closely together and in the event of a no deal, an agreement between Spain and the UK will be reached fairly quickly.

In the event of a ‘no deal’ situation:-

It is not too late to apply for legal residency before 29 March 2019.

Follow all the news and developments on the rights of British people living in Spain and receive alerts by signing up to https://www.gov.uk/guidance/living-in-spain 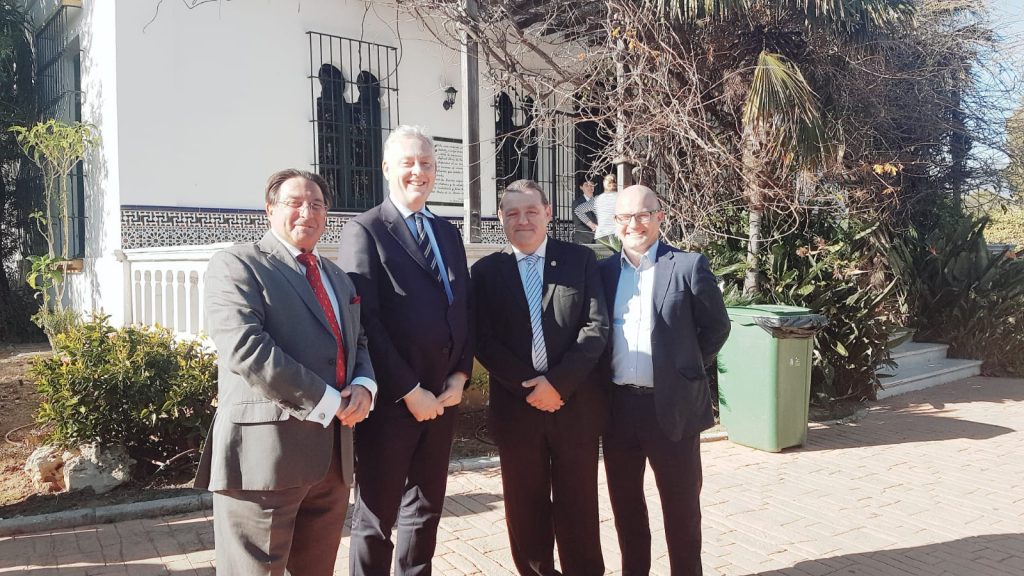 Further highlights from the event included:-

Message from the Mayors & Carlos Jordan

“You are our neighbours, you are welcome now and after Brexit. Ensure you register on the padrón, census and become legal residents. Yes we are living in uncertain times however all will be resolved.”

Derek Langley, British Chamber of Commerce in Spain
The British Chamber of Commerce in Spain have more than 300 members located across the country with excellent links to the British Embassy in Spain and Consulates. The Chamber is working with the Embassy and its members to voice the concerns of their members about Brexit and expect an orderly withdrawal from the EU.

Myra Azzopardi, Citizens Advice Spain
Stressing the importance of becoming a resident if you live in Spain.

Joni Burnett, Colegio de Administradores de Fincas
The College of Administradore de Fincas acts for 80% of people who own a Spanish property in a community of owners. If you are living and working in Spain, register with social security, pay your tax and become a legal resident.

Charmain Arbouin, British Consul
Has an excellent knowledge about the concerns of Brits living in Spain and is feeding this info to British Government and Spanish authorities. If Brits cannot get appointments for residency or to change their driving licence, let her know.

My Lawyer in Spain are acting for clients in applying for their legal residency, new Spanish driving licences, registering on the padron, putting in place Spanish wills and Enduring Powers of Attorney, and submitting non residents income tax returns. Do contact us if we can help you at any stage of your life in Spain.

Personally, I and my family moved to Spain in 1981 when Spain was not a member of the EU. In those days, a residency process was in place and everyone had to have medical insurance. My personal feeling of which I am convinced is that British people living in Spain and those visiting will continue to be welcomed by Spain with or without a deal. Important to keep up to date with the news and be a legal resident.

Thank you to all your colleagues for making the purchase of the apartment in Torreblanca so easy and stress-free for my wife and myself.