We have just witnessed an historic election result in the UK with the conservatives winning a decisive victory. As Boris Johnson wins a solid working majority, he now has a clear mandate to deliver Brexit and this brings much needed stability to British politics.

The markets have reacted positively to the news about the election result and we have seen the pound shoot up to a three and a half year high. This is great news for people looking to buy a Spanish property and also those who already own a property here as their pound will go further! 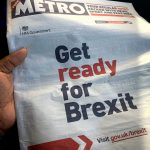 If the UK leaves the EU at midnight on 31 January 2020 as expected, then in fact nothing will change for British people on 1 February as there is a transition period in place until 31 December 2020. British people will be able to travel freely across Europe, take up jobs in Spain and apply for Spanish residency.

Anyone spending more than three months in Spain, has an obligation to become a Spanish resident. If you here for more than three months a year but less than six months, you are not a Spanish tax resident but still have an obligation to apply for Spanish residency. If you are here for more than six months in Spain, then you have an obligation to become a Spanish tax resident and pay tax in Spain on worldwide assets and income the year after you arrive. In addition, if you have assets over the value of 50,000 euros outside of Spain, then you have to declare these by the end of March.

The election result brings the uncertainty of the last three years to an end and with that some changes are expected when the UK leaves the EU. Some of the changes we anticipate may include the tax rate for non resident’s income tax increasing from 19% to 24%, residency requirements changing after 31 December 2020 and UK nationals living in Spain needing to update their current green residency card to a Spanish identity card for foreigners.

The My Lawyer in Spain team will follow the Brexit process carefully over the coming months and we will keep you updated about the changes that may affect you. We are here to help with all of your legal needs including residency, obtaining Spanish driving licences and property transactions.

(image via Habib Ayoade on Unsplash.com)

As corny as it may sound, you have helped us make a dream come true.